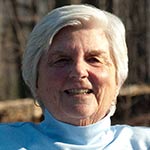 Jeanie came to St. Michael’s after working for many years with colleges in northern New England, Kentucky, and New Mexico. She grew up in Brattleboro and remembers seeing the St. Michael’s building move from downtown to “the edge of town.”  After spending the last few years at their home in Spring Branch, Texas, Jeanie and her partner Cynthia Baldwin returned to make their home in Brattleboro. Email Jeanie or call (802) 254-6048, x104. 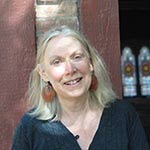 Susan Dedell has been Director of Music at St. Michael’s church since 1992. She is the former director of the Brattleboro Concert Choir, an 85-voice chorus that is a program of the Brattleboro Music Center. Susan has also directed a variety of opera, oratorio, and music theater productions, as well as enjoying an active concert and recital schedule as a pianist. Susan has been working with churches professionally since her teen years and finds great satisfaction in endeavoring to foster musical, spiritual, and fellowship growth in equal parts. Susan credits three choral conductors with guiding her career development:  high-school choral director David Wikman, who introduced her to early music; college mentor Maynard Klein (Professor of Choral Arts and director of University Choirs), who taught her that music was an act of love; and Blanche Moyse (Artistic Director of the New England Bach Festival) with whom she worked closely for over a decade. Email Susan or call  (802) 348-7735. 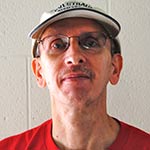 John is originally from Massachusetts. He has been at St. Michael’s for seven years, working hard to keep the St. Michael’s building and grounds ship-shape.